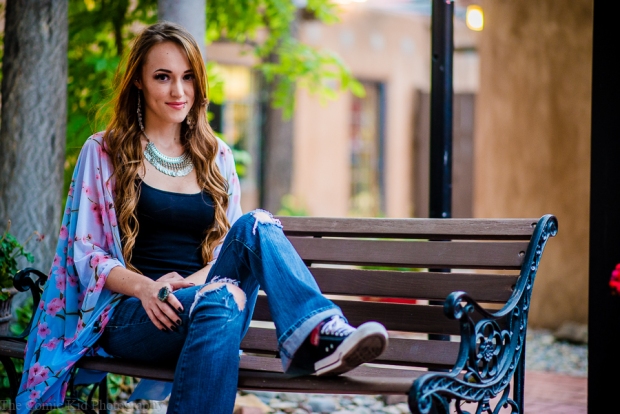 As a photographer you’re always looking for something new. A new location to shoot at, a new concept to try to bring to life and even a new ways to shoot. But the one thing you’re constantly looking for is a new model to work with. Alissa Narvaez has been someone who’s been on my radar for possibly a year now and after a long wait I finally got the opportunity to work with her in a very casual shoot in Old Town Albuquerque.

The motivation for shooting with Alissa primarily comes from her creative mind. Looking through her instagram, she keeps a trove of brilliant creative design work as well as some high concept makeup works that she does in her spare time. This was probably the most casual thing we could have shot together considering the immense amount of creative possibilities, but despite being a clearly talented individual this was the first time she had worked with a photographer taking the photos of her. This however was not much of an issue because I’ve become accustomed to shooting with newer models. While my directing skills are not quite up to par, my main goal with any kind of shoot like this is to get the subject comfortable with a camera pointed at them. The rest just takes time and practice. 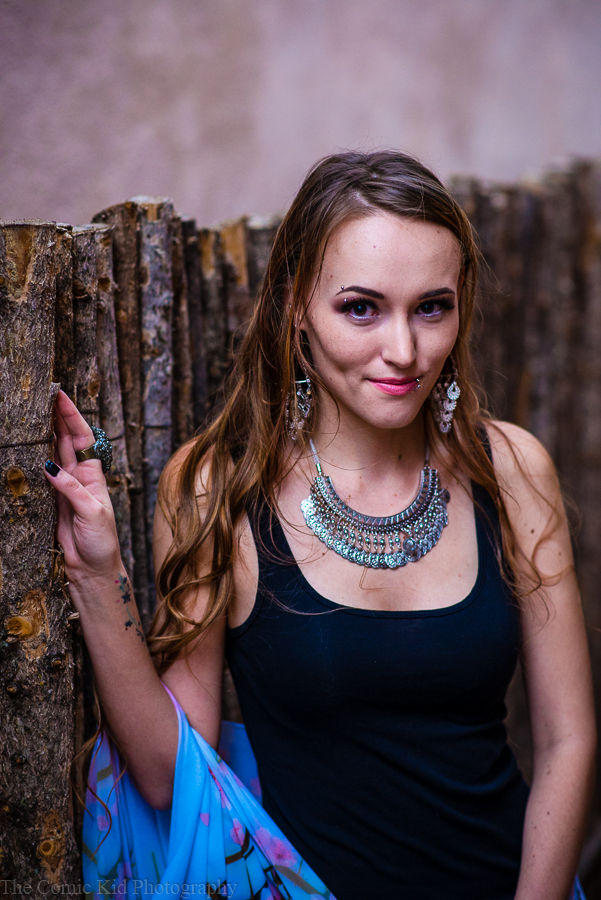 Now the big kicker of this whole shoot was the fact that mother nature didn’t want to cooperate. Now that we’re in the long days of summer, I scheduled this shoot fairly late hoping to catch everything right at that golden hour where the sun is low and the light is warm, but nature had other plans. Just as I was out the door to heading into Old Town Albuquerque storm clouds started rolling in. The clouds weren’t so much of an issue, they create nice even and soft lighting. It was the wind that was being a pain. Alissa has a lot of hair and it got caught in the wind a lot. On top of that, the clouds had rolled in so late that I had to bump my ISO higher than I really wanted to. However, my motto for photography is role with the punches; despite the challenges, we were able to tie things together and make some beautiful images.

Over all it was an extremely pleasant shoot with Alissa and I look forward to continuing working with her as she wants to do more professional shoots. Chances are she’ll be the next Tara and will be working with all the photographers and doing all the photo shoots in no time at all.